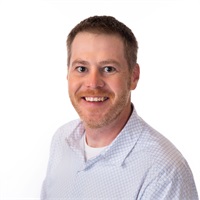 Shane started working for The First National Bank of Coleraine right out of college in 2007.  He started as a teller and worked his way up to the position of Financial Advisor.  Shane got his securities licenses in 2008 and worked with Kathy Pliska until she retied in 2012.  Shane has led a lot of changes since then.  He has led the conversion to Cetera and has totally overhauled the program starting in 2015.  Shane really didn't feel like he was making as much of an impact in his clients lives as he felt he should be.  So, in 2015 he started offering holistic Financial Planning with Money Guide Pro.  He also developed the in-house models in use today.  These changes have led to greater job satisfaction as well as changed the dynamic of his relationships with clients.  Shane feels that in order to really help his clients, he must understand their financial needs, goals, and dreams.  Shane prides himself in going the extra mile and spends a lot of time doing research on investments, testing models, and building plans for his clients.

Shane is a graduate of Itasca Community College.  After ICC he finished his Business Administration degree at UMD.  He has a major in Finance and a minor in accounting.  He holds a MN insurance license, long-term care license, FINRA Series 7, Series 63, and Series 65 registrations.

Shane has lived in the area his whole life and grew up in Cohasset, MN.  He is married to his high school sweetheart, Clair.  They have two children Kylie(11) and Emma(9).  Shane enjoys golf, bowhunting, fishing in the back country, and he tries to get out West elk hunting as much as he can.  Shane is very passionate about his work and spends a lot of his free time reading and studying economies and the markets.